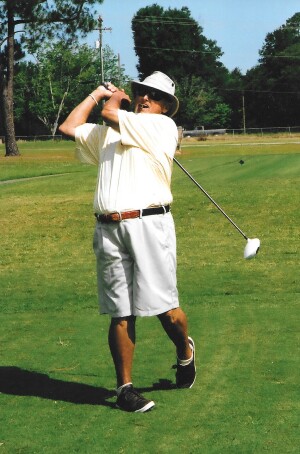 A graveside service will be held at 11:00 A.M. on Tuesday, June 9, 2020 at Crestlawn Memorial Gardens in Orangeburg.  Rev. Jim Parnell will be officiating.

Born on August 15, 1954 in Orangeburg SC, he was the son of the late James Ellis Crosby Sr and the late Barbara Ann Morris.

Golf. Was. His. Life. Give him his clubs and a course – he was like a kid in a candy store. One of the last stories he told (and you know how he liked to tell his stories) was to the Chaplin about his best round of golf. He told her of the time he almost had his perfect score – it was shooting a 62 at Honey Creek Country Club in Conyers, GA. His eyes lit up when he told her that story.

He leaves behind a great legacy of people – If you ever met him and spent time with him, he treated you like family. But there are two people he is meeting again for the first time in years – his son, James Darrel Crosby Jr., and his best friend and a man he considered his brother, Babe Hutto.

To send flowers to the family or plant a tree in memory of James Darrel Crosby, Sr., please visit our floral store.