Share a memory
Obituary & Services
Tribute Wall
Read more about the life story of Vance and share your memory.

Service will be held at 3:00 P.M. on Saturday, December 3, 2022, at New Hope United Methodist Church, 203 River Dr, Rowesville.  Pastor Kevin Liles will be officiating.  The family will receive friends immediately following the service.

A private family burial will be held.

Mr. Vance Boone, a native of Rowesville, S.C. was a graduate of Orangeburg High School, a graduate of the Federal Bureau of Investigation’s National Academy in Quantico, VA and a graduate of the National Sheriff’s Institute at the University of Southern California.  He along with his son, Marvin were the only father and son to graduate from the Federal Bureau of Investigation.   He also served his country in the United States Air Force. He is a member of New Hope United Methodist Church, a past member of the Lion’s Club, a member of the Progress Lodge 356 and the S.C. Law Enforcement Association.  Vance retired on June 30, 1997, after forty-six years in law enforcement.  His career in law began under former sheriff R.F. Dukes, Jr., where he served as a deputy for twelve years.   During his forty-six years of service, Vance has had a distinguished career categorized by the implementation of innovative ideas and law practices.  He was elected in 1972 by a landslide vote as the sheriff of Orangeburg County.

During his tenure as sheriff of Orangeburg County, Vance served as the vice president of the National Sheriff’s Institution.  He was chosen from a class of 59 sheriffs who were selected from all over the United States to attend the first class of the institute which was responsible for creating policies and procedures and fiscal accountability for all sheriffs’ departments in the United States.  Among his many accomplishments, in 1973 he organized the first sheriff’s posse in the state which is still used in the Orangeburg County Sheriff’s Department.  In 1979, Sheriff Vance Boone was elected as Vice President of the SC Sheriffs’ Association, and in 1980 he was elected president.  In 1981, Sheriff Boone was elected “Sheriff of the Year.”  In addition, he served for many years as District Representative for the S.C.L.E.A.  In 1983, he was recognized by the S.C. Criminal Justice Academy for having the only sheriff’s department in the state with one hundred percent certified officers.  Sheriff Boone made numerous changes within the sheriff’s department, by implementing the detective division, the twenty-four-hour patrol officer’s patrol, the first Community Policing in each Municipality, the first Crime Watch, D.A.R.E. Program and Crime Stoppers.

On March 24, 1984, the S.C. Criminal Justice Academy made a Resolution stating, “WHEREAS, Vance L. Boone began his career as a deputy sheriff more than two decades ago, and became sheriff of Orangeburg County in 1973, and has served law enforcement all these years with distinction and honor, and, WHEREAS, his service has been distinguished by his devotion to duty, and efforts to enrich his knowledge about his profession, as indicated by his completing the National Sheriff’s Institute, the FBI National Academy and other schools and classes, and, WHEREAS, his leadership and intense interest in his profession has earned him the presidency and vice presidency of the S.C. Sheriff’s Association, along with other high offices of honor.  BE IT RESOLVED, that in recognition of his unselfish interest and work toward the improvement of law enforcement in S.C. that Vance L. Boone be honored.  Signed, John A. O’Leary.

In April 1989, Vance resigned his office as sheriff of Orangeburg County and joined the South Carolina Special Law Enforcement Agency (S.L.E.D.) where he continued his law enforcement career as a Lieutenant as a Criminal Investigator until his retirement.  He leaves behind a very distinguished legacy of service to Orangeburg County and to the state of South Carolina.

Survivors include his wife of forty-seven years, Terry Boone of the home; sons, Marvin Boone (Kathy) of GA, Andrew “Andy” Boone of Rowesville (Joann Williams) of St. Matthews; granddaughter, Emily Boone of Lexington; many loving nieces, nephews, great-nieces and great nephews.  He was preceded in death by a granddaughter. Laura Ashley Boone.

The family would like to thank all the law enforcement officers that had a special place in his life over the years.

To send flowers to the family or plant a tree in memory of Vance Lloyd Boone, please visit our floral store. 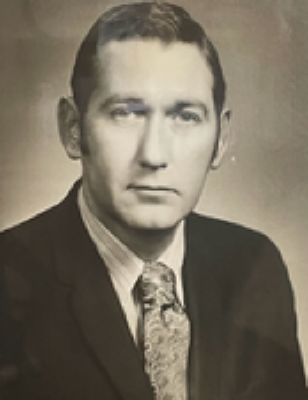 Look inside to read what others have shared


Family and friends are coming together online to create a special keepsake. Every memory left on the online obituary will be automatically included in the book.

You can still show your support by sending flowers directly to the family, or by planting a memorial tree in the memory of Vance Lloyd Boone
SHARE OBITUARY
© 2022 Thompson Funeral Home, Inc.. All Rights Reserved. Funeral Home website by CFS & TA | Terms of Use | Privacy Policy | Accessibility